One of the reasons he was going back was so that all the newbies would return home alive and in one piece. I get severely depressed whenever I think about that because I knew I had nothing but selfish reasons for not going back with them. Horrocks reenlisted and went back to Iraq again with our old unit. Since they were part of the "surge," the whole unit was stop-lossed, and about one week before they were to come home after being in Iraq for nearly a year and a half, Horrocks's platoon was on a foot patrol when nearly a whole squad was killed after entering a house that was booby-trapped.

One soldier, they just found a leg.

When Horrocks got back from Iraq, he put on his Class A uniform and delivered an urn with the leg in it to the family of the deceased soldier and explained to them what happened. My orders came with a mobilization packet, a bunch of useless forms for me to fill out and bring with me, as well as a packing list requesting that I bring my PT uniform, battle-dress uniform, and Class B uniform which at first scared me, because for a minute there I was looking like Jon Favreau, but much to my relief, when I threw it on, it fit fine , old ID card, dog tags, and copies of my medical records.

I went down to the VA hospital in San Francisco and spoke with a therapist there and told him straight up that I didn't want to go and needed some documentation testifying that I was a head case. I'm not ready to go on Oprah or anything, but I'm definitely not the same person I was before Iraq, and I was going to play the PTSD card and hope that would get me out of this mess.

The therapist told me that from his experience the success rate for what I was attempting to do was fifty-fifty. He's written plenty of letters for guys he's evaluated who've been called back up and didn't want to go, and some come back, others don't. He then told me all about this one guy who he evaluated who was in really bad shape and really shouldn't have gone back to Iraq, and this therapist kept on calling the Army telling them how this guy really should not be going back, and the Army's attitude toward him was thank you for calling, but we have our own doctors who can make their own decisions on whether or not a soldier is deployable, and we really don't need your suggestions.

He said that he could write a letter for me but what I really needed was a letter from a psychologist. I was completely honest with her and straight up told her that I needed this letter so I could avoid getting redeployed. She seemed cool with that.

The next day I went back to the VA to pick up my letter. It read:. Buzzell came into the evaluation visibly distressed, uncomfortable, presenting with flattened affect and speaking with soft, mumbled speech. When asked about his experiences in Iraq, he became more agitated and asked if it was necessary for him to talk about them.

When told that he could refer to them very generally, he replied that one of the main incidents involved a firefight that lasted all day that took place when he was driving along a major street and his vehicle was ambushed. During the course of talking about this incident, Mr. Buzzell's speech became increasingly softer, more incoherent and more disjointed, as he was visibly disturbed and easily stimulated to flooding by this retelling. Buzzell added that there were other traumatic incidents that occurred aside from this roadside ambush, but in the interest of containing this vet, I told him that the information he provided was sufficient for the time being.

Buzzell reported that he has tried very hard to 'push out of his head' the aforementioned incident and many others since returning from Iraq. He reported that he drinks heavily every day as a way to avoid these traumatic memories, usually to the point of blacking out so he can eventually fall asleep. He has been using alcohol for the past three years as a way to numb intrusive thoughts and reminders of his combat trauma since his return from Iraq He is severely isolated, spending most of his day in his room and sometimes going for several days to weeks without speaking to anyone.

Upon returning from Iraq, Mr. Buzzell and his wife divorced When asked whether he has thoughts of harming or killing himself Mr. Buzzell endorsed having a passive suicidal ideation Buzzell also stated that he does not own a firearm because he is scared of what he might do with it when he is drunk In sum, Mr.

Buzzell reports extremely significant functional impairments resulting from PTSD symptoms related to his military service in Iraq, including severe intrusive thoughts of his trauma in Iraq, irritability, hypervigilance, difficulty sleeping, feelings of depression, and avoidance of people, places, and things that trigger him or remind him of his service in Iraq. When I showed this letter to a close friend of mine who I've known for years, he was amazed. Now that I had this letter, I was able to file a service-connected disability claim for PTSD, which I was told would take several months to process, which was fine.

All I needed was proof that I had the disability and documentation that I had filed a claim. A couple weeks later I received a phone call from the Department of Veterans Affairs notifying me that I didn't have enough time left for them to file a claim. And that they could fix me up in a jiffy once I got back from Iraq. I can feel my heart rate go up as I enter the main gate, and when I stop the rental car the armed civilian security guard kindly says to me, "Welcome to Fort Benning.

He looks over the documents, hands them back to me, and, with a smile, says, "Thank you. Have a nice day. I stare blankly at him for a couple seconds until I snap out of it and slowly put pressure on the gas pedal so that the car slowly rolls into the belly of the beast. As I pass a banner encouraging the troops to vote, my entire body physically tells me to abort mission and turn this bad boy around and get out of Dodge while I still can — but just like on missions in Iraq when I felt this way, I drive on.

When I report to the Welcome Center the lady there instructs me to report to the staff duty desk at 30th Adjutant General. When I arrive at 30th AG I park the car and light up a smoke.

I remember the ride on the white bus half a decade ago that took me from the Atlanta airport straight here. I stand there in the parking lot and remember how I was back then — excited, nervous, scared, but most important, I was willing to be here.

That was what I wanted for my life, and this was the place I wanted to be. Now I just feel very sick.

In block letters by the American flag up on the wall it says, "Welcome to the U. Army," and there's two groups of soldiers waiting inside here with me, both groups wearing digital-cammo ACU uniforms, and I'm wearing shorts and a Hawaiian shirt. One group looks like a bunch of high school sophomores basic-training privates , and the other group all look my age or considerably older. I wonder if they are Individual Ready Reserve callbacks like me, so I approach them and find out that they're a bunch of prior-service guys who got out years ago and volunteered to reenlist.

One guy tells me that he was in the Marine Corps for ten years and got out years ago, and the other one tells me that he's been trying to get back in the military for a while now and finally this last time they let him in. Same with the guy sitting next to him. He was amazed that the Army was recalling infantry guys to active duty, said he's tried several times in the last several years to get back in the Army, and they finally lowered their standards to a point where they could let him back in. Next morning, the formation is a lineup of disgruntled half-asleep draftees straight out of central casting.

Mismatched civilian clothing from head to toe, and there's this defeated tone — that nobody really wants to be here — radiating from all of us that you could probably feel a couple clicks away. About half of us still have military-style haircuts, but there's a handful here who are poorly shaven with shaggy hair. One guy has his entire neck completely tattooed. When I ask if the Army plans on kicking him out with his neck decorated like that — it's forbidden, I recently looked into getting work done on my neck for that reason — he tells me no, that they lowered their standards and don't really care about neck tattoos anymore.

The sun's not even up yet and all around us are other platoons conducting physical-training exercises. The last time I woke up this early was back when I was in the Army, and the only time I've done any PT whatsoever since being discharged is when I'm doing wind sprints to the liquor store five minutes prior to closing.

I keep telling myself over and over that this is not happening. After a warm welcome, the NCO in charge starts the day off with a head count and one by one we sound off, One! Out of IRR soldiers recalled and ordered to report to duty, only a third showed up. It's a bit too late, but I realize that I'm in the wrong group.

I should have been one of the ninety no-shows. A guy in the formation, sarcastic, says, "We should all pat ourselves on the back for showing up. After that, they march us over to the chow hall, and as we wait in formation for it to open up, another E-6 walks over to us. One moron who probably completely misunderstood the question raises his hand, another joker yells out a mocking " Hooah! Before he could even finish asking this question, every single hand shoots straight up in the air.

In the far distance you can faintly hear a platoon of soldiers standing in formation, all singing "The Army Goes Rolling Along. All the hands in the formation stay up. Earlier, while standing around waiting for the start of formation, I recognized a face among us that I hadn't seen in years. I couldn't believe it at first, but then I realized it was Ponitz, who was in my platoon back at Fort Lewis. 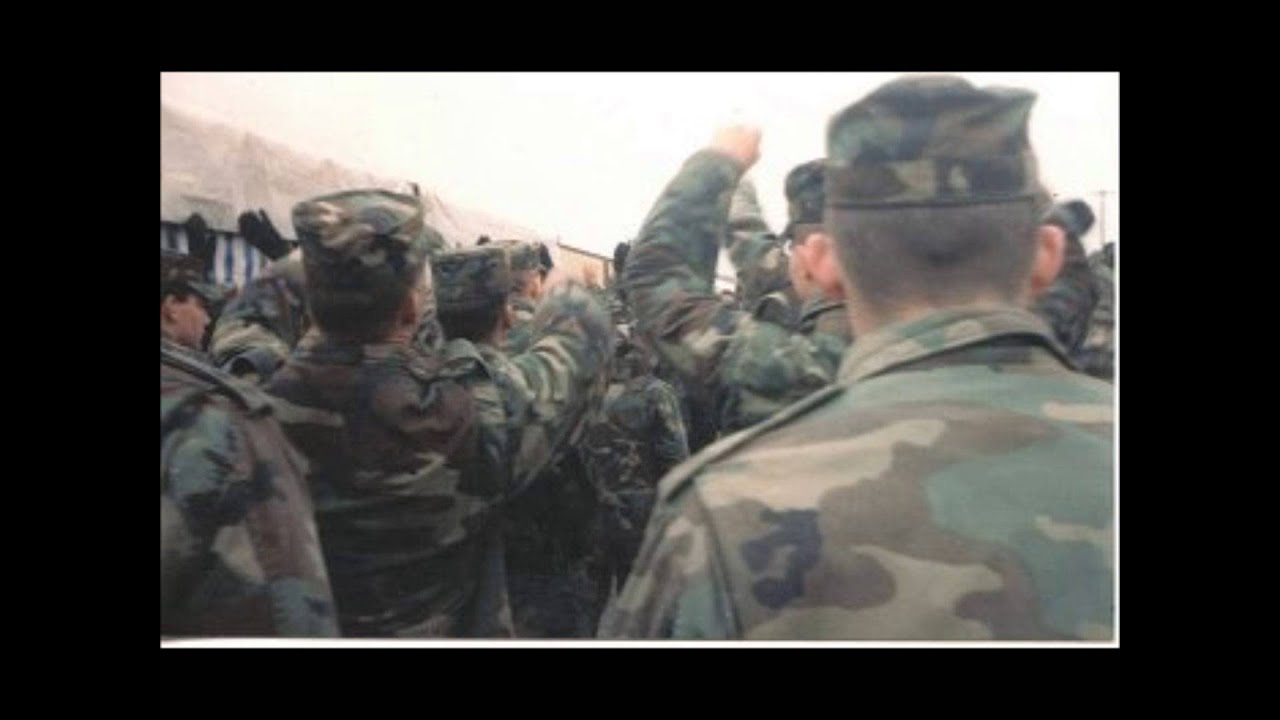 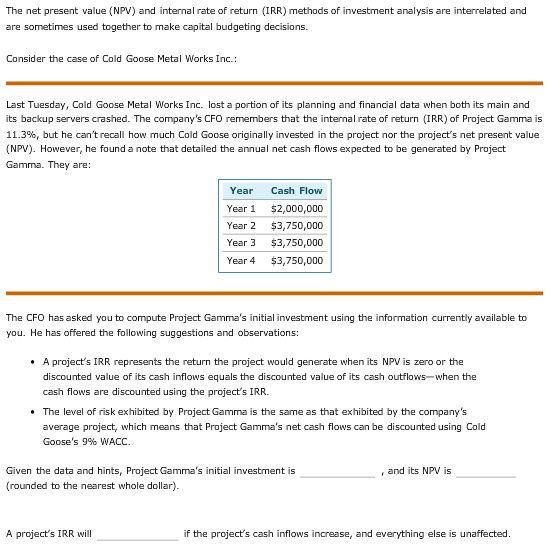 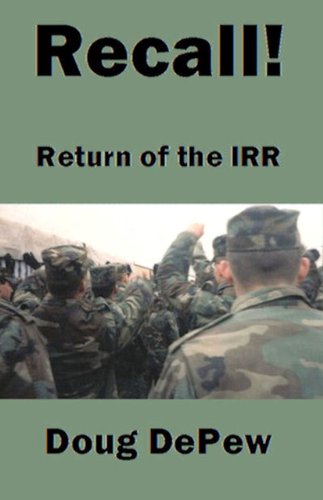 Related Recall! Return of the IRR