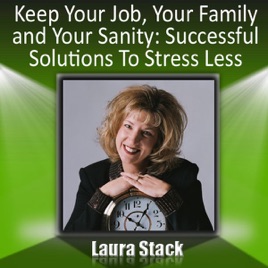 From this point forward, the conversation sort of got its own life. To my surprise, the CTO was surprised by this remark.

He laughed and asked me why. I hesitated. He let me off the hook, and told me that he was also a self-taught developer. I was a bit shocked by that. But there was more to it.


As a matter of fact, none of the 10 developers at the company had a real CS degree. A few of them had taken a year or two of some private web development program, but most were actually self-taught. Hearing that from this guy made me so happy. Good stuff.

Immediately, their faces lit up and they straightened in their chairs, nodding me on. The first embarrassment was that it literally took 20 seconds to load the home page. The last thing I wanted was them to think my app was slow. When it had actually loaded I took some time to explain the idea behind the product. It was basically a service for creating virtual lines, allowing organizations like airlines, banks, and hospitals to set up queues online instead of in their physical locations. Then came the second embarrassment. When I tried logging in on my account using Facebook authentication it failed.

Rookie mistake. I finally managed to log in manually instead, and demoed some of the main features without any issues. But then came the biggest embarrassment of them all. Then I basically gave up. Because just a few hours later, I would realize that the chat worked perfectly fine. We said our goodbyes and they told me they would be in touch.

I left the interview feeling angry and disappointed. It had all gone so smoothly until that last part. Nevertheless, not even an hour would pass until David wrote me again. He told me I had proceeded to the next step of the process. But of course, also a bit scared about taking on my first real technical interview. Already in the invite email, the CTO told me that I would be meeting with two of their senior developers, and that they simply wanted me to show off one my apps more thoroughly, along with the code behind it. The main purpose would be to get a grip of how well I knew their backend framework Rails , and how fast I could be able to learn their frontend framework Ember.

It was perfect for two reasons:. Soon enough the big day came, and I was back in their office in another of their fake-grass-floor conference rooms. I started off showing the UI flow of the app. It was sort of like Product Hunt, but more like a market place strictly for apps. So any user would be able to browse the home page for apps for sale and for purchase. And if they created an account and logged in, they would also be able to search and filter the app items, rate them, and write stuff in the comment fields.

That was basically it.

But fortunately for me, it was enough. The two senior developers apparently liked what I showed them so much that they gave the CTO the thumbs up.

30 Simple Ways To Practice Self-Care In Times Of Stress

They later told me a few things that they liked specifically:. In parallel with the whole Teamtailor process, I interviewed for 4 other companies as well. I saw it both in the much more thorough recruitment process they had 5 interviews! But I was so obviously not prepared for them. Just like with the other companies, the first interview was all fluff and soft skills.

9 Simple Ways to Deal With Stress at Work

Why do you want to work as a developer? What technologies do you like using? And so on. Easy stuff. The second interview, however, would turn out to be a quite traumatic experience.

Here are some eye-opening studies and researches on just how many people are affected by stress.

It all started with me sitting down in a conference room with two of their web developers. And then I got the biggest sucker punch of my life. Out of nowhere the guy across the table handed me a huge white A3 paper and a pen. He told me they wanted me to draw a sketch of the data flows and processes involved in the following scenario:.

This really caught me off guard, but I hesitantly nodded and accepted the challenge. Was that a joke? But time was already running out and it was too big of a risk. So I decided to give it a shot. But I did none of that. In my state of panic, I skipped ahead several steps, and started trying to sketch the database model of the user account, with a table, columns and foreign keys I assumed that they used a relational database. When I was done with that, I had about 30 seconds left to map up the other components of the architecture.

I was so stressed that I got all philosophical, and started questioning what the actual roles of the API and server were. Not a good sign. One to the left, representing the database, and two to the right, representing the web and mobile app clients. Of course, I failed the interview miserably. However, they let me down easy, telling me that they liked me and that I should apply again when I had one or two more years of experience. All in all , during my 4 weeks of job hunting I ended up attending 11 interviews for 6 companies, of which 3 made me offers.

So despite getting burned a few times, it was really an amazing experience. If I was asked to name the one single biggest reward except for getting my dream offer , it would be that I got comfortable with talking to developers about software. Another key takeaway is that out of my 11 interviews, only one turned out to require actual theoretical computer science knowledge. No questions on complex data structures, no devious brainteasers. Just one question on system architecture. And although that might be true statistically, cold-applying without a referrer is definitely not a waste of time.

The rest of us are more or less self-taught. The product itself is a recruitment web app that lets companies build and manage their own career sites, effortlessly and completely without requiring any coding skills. Related Keep Your Job, Your Family, and Your Sanity - Successful Solutions to Stress Less