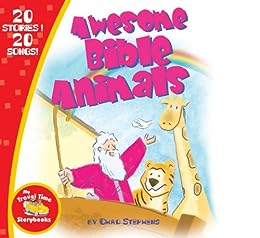 Katherine Sully. Bible Stories: David and Goliath. Sophie Piper. I Can Pray! Do you want to know more about them? When Jesus was born, the whole creation rejoiced!

The three wise men too heard about this amazing news. They set out to visit the savior. The wise men traveled a long distance, following the star and finally reached Jerusalem. They searched for baby Jesus everywhere, but could not find him. Finally, someone told them that the baby savior was in Bethlehem. So, they finally found baby Jesus. The moment they saw the Lord, they fell to their knees in worship.

They knew that their hard days were on their way out! But on their way back, Mary and Joseph realized that Jesus was missing! It took them three days before they found the young Jesus at the temple. He was sitting there calmly, learning from the teachers. Have you heard of John the Baptist?

Here is a beautiful story about this interesting Biblical character. There once lived a man called Zacharias with his wife, Elizabeth. They were good people and very happy together. The only thing that made them sad was that they had no children!

God loved this beautiful couple so one day he sent his angel to them. The angel told them that God would soon give them a son, and they should name him John. When John was older, he moved to the desert and began to live there. He may have looked like an odd character — wearing clothes made of camel hair and eating locust — but his heart was in the right place. John spent his time baptizing people in the Jordon River.

He also taught people to confess their sins and ask God for forgiveness. One day, Jesus came to John and asked to be baptized. John fell to knees and cried tears of joy because finally the son God was here! Of the many miracles Jesus performed, this one is very underrated. Read on to find out another amazing facet of Jesus Christ. The day was like any other, and Jesus was teaching several people near a lake.

The place was crowded, and there was no place to stand. So, Jesus asked Simon, the fisherman, to take him to the middle of the lake on his boat so he could preach from there. Once Jesus was done with the teaching, he asked Simon and his friends — James and John — to spread out their net so they could catch some fish.

Simon was apprehensive because they had spent the whole of last night fishing without any success. But being the followers of Jesus, Simon and his friends did as asked. As soon as they pulled their nets back, they were shocked to see the nets teeming fish! Jesus then chose nine other men and made the twelve men his messengers — the apostles, to teach men more about God.

Here is another wonderful story about Jesus. His modest home was filled to the brim. People were jostling for space. They were carrying their paralyzed friend with them. The poor man could not walk and was helpless. But there was no way for them to reach Jesus. But the friends had faith in Jesus and believed that only he could help their disabled friend.

So they climbed onto the roof, cut a hole in it and lowered their friend towards Jesus. Jesus was touched by the simplicity and faith of these strong men. Jesus is the very epitome of kindness and virtue. Here is a beautiful story that showcases these very characteristics. One day, Jesus was holding a congregation near a mountain. There were nearly people gathered there to hear Jesus and watch his miracles. Many of these people were poor and hungry.

But their faith was strong. They stayed on for the day, just listening to their savior without a complaint. But we cannot feed people with this food.

He took the food and blessed it. Then he began to distribute the food among his followers. And the food refused to run out! Seeing this miracle, the gathered people tried to make Jesus their King. One of the biggest lessons we get from Jesus is the need for compassion. Once, while passing through the town of Jericho, Jesus showed the world the meaning of hating the sin, not a sinner!

As he was passing through the down, a crowd of people followed him. In that crowd, there was also a man called Zaccheus, the tax collector. He too wanted to see Jesus Christ. But he was a short man and could not see over the crowd. But the crowd was not pleased with this change of events. Most people in Jericho did not like tax collectors as most of them were greedy and dishonest.

But Zaccheus was a changed man. He promised Jesus that he would give half of his earnings to the poor and also return the money he had grabbed from common folks. This is just what Jesus had hoped for. 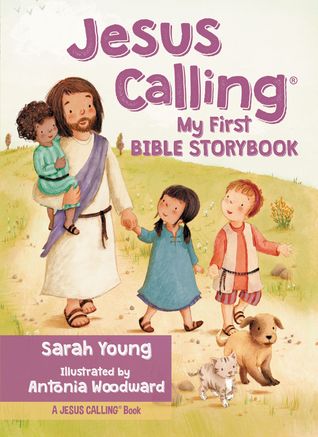